Pin It
Law
What Is A Lemon Law? 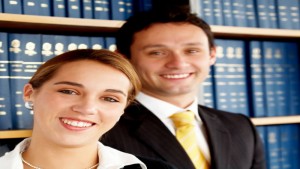 The Magnuson-Moss Warranty act, perhaps better known as the lemon laws were first enacted in 1975. These laws provide protection for consumers who purchased a car or other product that proved to be seriously defective. Basically the law has been drafted in such a way that a consumer has recourse if that which he or she purchased is defective and cannot be repaired within a certain time frame which is usually the time it is under warranty, or if after a certain number of attempts to fix the same problem, the problem still exists. The car lemon law is somewhat different from one state to the next but in every state the consumer must take certain actions to ensure the situation is remedied.

Although just about all consumer products are covered by lemon laws they tend to be associated with cars more than anything else. If you buy or lease a car and it develops one or more defects within the first year of ownership then most likely the car is covered by a lemon law. In all cases the defect must be significant; it must have a detrimental effect on the safety of the vehicle, its operation or value.

Like many laws which are civil in nature, lemon laws are different in every state. It is up to the consumer to know what the laws are and what action must be taken in order to protect his investment. A rule that is somewhat common is time, if the vehicle has been unavailable for use for a total of thirty days it meets the criteria. The same holds true for the defect, an effort to repair it must have been made at least four times within the first year of ownership. If these conditions are met along with others by state then the vehicle is covered under the lemon law.

Because the lemon laws are different it is wise to speak to an attorney in your state that is intimate with the local version of the law.

An in-depth definition of the car lemon law for your state can be found at the web site of Lemon Law America. You can also find a trusted local lemon law attorney to discuss your issues with.