Pin It
Law
What Is The Lemon Law? 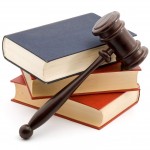 In 1975 Congress passed the Magnuson-Moss Act, a federal law which was originally intended to deal with written automobile warranties but at the same time governed warranties on other consumer products such as domestic appliances. In the ensuing years all states have written and passed a lemon law which has been designed to supplement the original Magnuson-Moss Act which when written omitted to address the issue of refunds to those who purchased products which proved to be defective.

Under the definition of the lemon law if a product, including an automobile, cannot be repaired within a stated number of attempts or the vehicle is not available for use by the owner for a given time period and in most cases the vehicle must still be covered by the original manufacturer’s warranty then it is a lemon. Consumers who are stuck with a lemon can expect that their original purchase price to be refunded or they will be given a new product of equal specification and value. Every state has its own version of the lemon law but in all cases the purchaser of the product is expected to take certain remedial actions.

Lemon laws are most frequently used when a vehicle is declared a lemon. If a consumer purchases an automobile or enters into a long term lease and the vehicle subsequently proves to be defective it will be covered by the lemon law. The defect cannot be minor, to classify as a lemon the defect must be serious, one which jeopardizes the safety of the occupants of the car, is detrimental to the operation of the car or has a negative impact on the cars value.

Although every state has a lemon law they differ so it is important to understand exactly what the guidelines are and what actions must be taken to protect the investment made in the vehicle. A standard rule is that the car cannot be out of commission and in the repair shop for more than 30 days and if the car has been in the shop for repair of the same defect more than four times in the first year it is a lemon.

Some manufacturers can be less than ethical; they may try to convince you that there was a clause in the purchase agreement or lease agreement that states you waived your rights to declare the vehicle a lemon. A clause of this nature is invalid; you may want to contact a lemon law attorney for assistance.

If you have purchased or leased a new vehicle and it requires consistent repairs then you might have a lemon. To fully understand the lemon law in your state you are invited to visit Krohn & Moss Consumer Law Center.