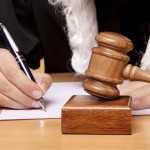 Although almost every state vehicle lemon law is akin to Magnuson-Moss, a federal warranty act, there are differences but regardless of the state, there are laws in force that protect a consumer who purchases a defective vehicle.

What is considered to be a “lemon?” If you’re not happy with the paint job on your new car or it makes “weird” noises but other than that operates just fine then you do not have a lemon in accordance with the law.

If the brakes fail or the steering fails or the car won’t go into gear then you may have a lemon, providing of course that you have given the manufacturer an opportunity to rectify the problem and return the car to as-new condition as far as the defect goes.
If you think you might have a lemon but you fail to do anything to protect your consumer rights which can include fully documenting the problem and the repairs you may stand to lose your rights.

Should you hire a lawyer? This is a difficult question to answer; a lot has to do with which state you purchased the car in. In some states you can get recourse by filing a complaint while in other states an attorney is highly recommended.

Who is responsible for the attorney’s fees? Once again, it depends on the state where you are suing the vehicle manufacturer. In about half the states you are allowed to recover all legal costs that have incurred. If your lawyer files a case under the federal Warranty Act and the case prospers, then all legal fees can be recovered under any states vehicle lemon law.

Are used cars and leased cars covered by lemon laws? It depends on where the vehicle was leased; some states include leased cars while others don’t. In the case of used cars, some, but very few states have lemon laws that provide some degree of protection for the buyer. All states cover new car purchases.

Are there other laws that you should know about? Although you have no way of knowing in advance whether the car you bought is going to turn out to be a lemon, there are other laws that protect your rights before you purchase the car as well as during and after you have consummated the deal. There are several federal laws that protect your rights including truth in lending laws, fair credit reporting laws and laws providing equal opportunities for credit.