Pin It
Lawyers
If Unemployment Benefits are Denied, You Need an Attorney Experienced in Employment Law in Northampton, MA 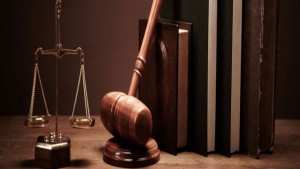 Losing a job is hard. It will be difficult enough to manage on unemployment benefits until a new job is found. What would happen if the employer successfully challenged the unemployment claim and no unemployment payments would be arriving? That could be catastrophic.

There are only a few reasons for the denial of unemployment benefits in Massachusetts:

• The employee broke a company rule.

• The employee purposely did something wrong.

• The employee was convicted of a crime.

An appeal is usually based upon:

• Proof that the employer’s claim is mistaken or a lie.

• Proof that the employee had a good reason for the action.

The Deadline for Filing an Appeal

There is a 10-day deadline for filing an appeal. It’s possible that the deadline could be extended to 30 days, but there must be an excellent reason, such as hospitalization.

Why Would an Employer Want to Deny an Unemployment Claim?

Money. Every time a former employee receives unemployment benefits, the more likely it is that the employer’s unemployment insurance contributions will increase.

Appealing after Unemployment is Denied

The following cases are examples of successful appeals after an employer has challenged the former employee’s right to collect unemployment benefits.

When an Employer Doesn’t Tell the Truth

Not every appeal will succeed. Attorney Olin, with the law firm of Connor Morneau & Olin, was able to use his experience and knowledge to assist the school bus driver and the acupuncturist. If you need skilled representation with employment law in Northampton, MA, consumer law, or union law, schedule a consultation before the deadline expires.