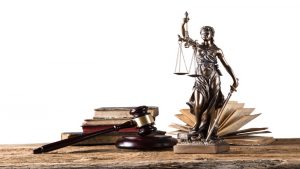 If you’ve lost your driver’s license, DUI reinstatement in Illinois can be a confusing and difficult process to navigate on your own. Further complicating the issue are rampant rumors that often lead people to make mistakes when representing themselves at reinstatement hearings. Here are some common hearing myths you should be aware of.

The First Request Is Always Denied

It’s true that some people fail in their first attempt to get their Illinois driver’s license reinstated, but many others do succeed. The key to success is completing every task the law demands of you after a DUI suspension. You must also avoid committing further transgressions during your license suspension. Getting your license back will become much more difficult if you get caught driving during your suspension or are known to be a repeat DUI offender.

You’ll Have to Say You’re an Alcoholic

It’s Smart to Downplay Your Drinking

Because DUI has serious legal consequences, many people try and downplay their arrest in court. Their goal is to make it seem that their DUI was a minor offense and that the court should return their license quickly and get back to prosecuting more important crimes. This strategy often backfires. Illinois takes DUI seriously and expects you to do the same. Instead of shrugging off your DUI, it’s important to show that you regret your actions and plan to learn from them rather than repeating them.

You’ll greatly improve your odds of winning your DUI reinstatement hearing in Illinois with help from experienced attorneys such as those at Johnson & Goldrich P.C. We can help you navigate the license reinstatement process and succeed at your reinstatement hearing the first time so you can get your life back to normal as quickly as possible. Visit our website to learn more.