Pin It
Attorney
How are DUI Lawyers helpful in Chicago? 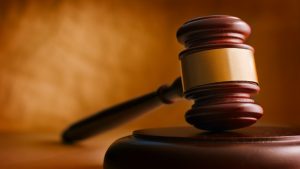 After having one drink too many at a bar or a celebration, you can be facing harsh penalties on a DUI charge after being pulled over. One penalty might be administrative against your driver’s license, and the other penalty might be criminal. Time is going to be of the essence for you. We can help you with both the action against your driver’s license and the criminal prosecution against you. If it’s your first DUI, don’t be shy about calling our Chicago DUI lawyers to arrange for a consultation and case review. We’re not going to be judgmental. Our objective is to guide you through the entire process with as few consequences against you and your driver’s license as possible.

Most first-time DUI offenses in Illinois are charged as class A misdemeanours, but there are times when they might be charged as felonies. After a first DUI arrest, an alleged offender is a suitable candidate for court supervision with no conviction. What that means is that your driver’s license isn’t likely to be revoked. If we believe that we can do even better than that, we’ll let you know. We’ll file all necessary pretrial motions and argue them in all hearings in your case.

We realize that a DUI arrest can be intimidating. Our approach to these cases is to analyze all relevant facts and police reports and consider all possible dispositive motions before considering any plea of guilty.

Our Chicago DUI lawyers offer experienced, aggressive and effective DUI representation from the moment that we’re retained. Whether it’s a misdemeanours or felony DUI, your first DUI arrest or your third, contact the Chicago DUI lawyers at DDT Law Group, LLC, to arrange for a consultation and case review at Phone Number.