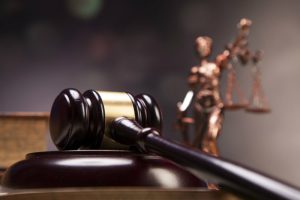 A person who is guilty of a crime involving illegal drugs may worry that a Drug Defense Attorney will not want to provide representation if the evidence is overwhelming. This individual may worry that the lawyer won’t want to represent someone who apparently is guilty. In truth, these aspects do not matter. A criminal defense lawyer takes an oath before beginning to practice law, and this oath includes a statement about supporting the U.S. Constitution. This document guarantees citizens the right to skilled legal representation. If the client never admits guilt to the lawyer, the lawyer may professionally assume that the client is not guilty. That’s what the legal system intends: that a person is considered innocent until proven guilty.

The legal system is intended to provide a fair and objective trial if a guilty defendant chooses to plead not guilty. The defendant also has the option to plead guilty and have the lawyer negotiate a plea bargain. Plea bargains are very common because they allow people to avoid the worst consequences that could result from a criminal trial. This deal also may result in reduced charges, which means less of a negative impact on the person’s legal record.

The attorney uses additional strategies to help the client, such as looking for flaws in the investigative process or technical errors. These aspects may force a judge to dismiss the case. However, sometimes there are no problematic factors that qualify. A drug defense possession attorney In Houston Tx then will bring the case to trial if a guilty client insists, although as the person’s legal counsel, this lawyer may strongly recommend the plea deal. This becomes particularly important if a conviction could result in many years of incarceration while the plea bargain only demands six months to a year. This decision obviously is a complex one if the individual is determined to avoid prison time but knows that the odds of winning in court are not in his or her favor. For more information, contact the Law Office of Jesse Hernandez today.