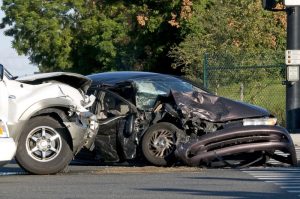 Many people think all automobile accidents are the same. However, if one of the automobiles involved is a bus or other common carrier, then some special factors come into play. That is because common carrier law imposes different duties of care than other motor vehicle laws. Therefore, it can be important for someone injured by a bus accident to consult with bus accident lawyers in Southern Maryland.

What Is a Common Carrier?

A common carrier refers to transportation that is offered as part of a business. Some everyday examples of common carriers include buses, trains, airplanes, subways, boats, ferries, shuttles, and even taxis.

Common carriers may be privately owned, owned by the government, or owned and operated by a combination of government and private companies or departments. There is no requirement of public ownership for a business to be considered a common carrier; the question is whether or not they operate transportation.

Common carriers are regulated by federal, state, and local laws. Which ones specifically impact a common carrier may depend on where the carrier does business, and if they regularly cross state-lines while transporting their customers.

What Duty Do Common Carriers Owe to Their Passengers?

Because special rules can apply in bus accidents, it is important to consult with bus accident lawyers in Southern Maryland who can advise people of their rights and let them know about any special deadlines. Contact Business Name for more information.