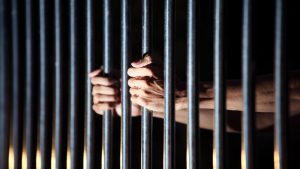 A bail bondsman posts bail for those accused of crimes who don’t have enough money to pay. The bondsman serves as a surety by paying the court for the defendant’s bail and guaranteeing the defendant will show up in court. Bail bondsmen supply the money required to release a criminal defendant before their trial, and these funds are secured by assets collateral or a co-signer.

Benefits of Dealing with a Bail Bondsman

Compared to dealing directly with the courts, a bail bondsman in Jefferson Parish  can provide various benefits to defendants. To begin with, most accused persons have little to no understanding of how the bond administrative procedure works. They have no idea what questions to ask or where to direct their queries.

The experience of a bail bondsman can help speed up the process. A bonds business can also provide:

Jefferson Parish Correctional Center (JPCC) inmates may get bonded out. Property, surety, cash, and signature bonds are all accepted by the JPCC (if allowed by a judge).

When someone gets arrested, they will be issued a hearing date and bond amount. It is now their responsibility, as well as that of their friends or family, to pay for their release in the interim between the arrest and court dates. As a third party, a bail bondsman can assist here. After the bail bondsman has posted bail, it’s incumbent upon the accused to show up for all required court appearances.

Bail bonds might assist in relieving some of the anxiety that comes with this process. A Affordabail Bail Bonds can secure defendants’ freedom in between court appearances by posting bail and putting money in the wallets of friends and family.